Episode 37: The Resiliency of ‘Possibility in Action’ Coach Robert Pardi 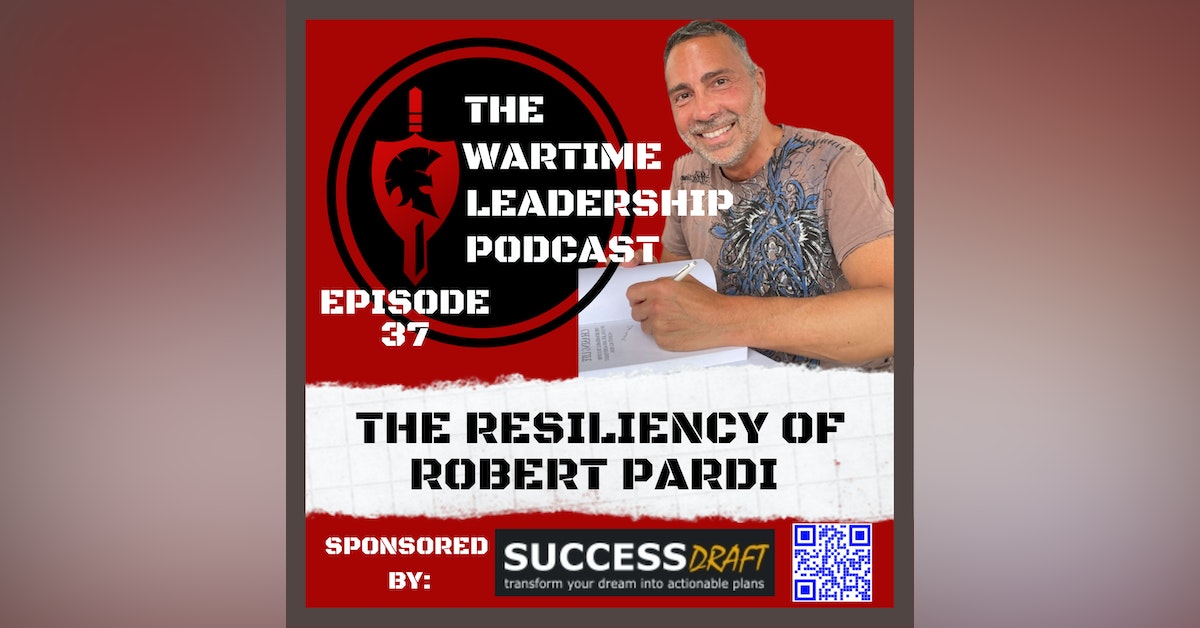 THE Wartime Leadership Podcast: The Resiliency of ‘Possibility in Action’ Coach Robert Pardi. Robert’s journey started during his childhood and the complicated relationship he had with his alcoholic father. This relationship provided him with invaluable skillsets that included resilience, determination, imagination, flexibility and insightfulness. These skillsets were blended to form his life philosophy of “Possibility in Action" and drove him to author three books.

During this episode, Robert and I discuss how he defines Spiritual Resilience in all aspects of his life. Additionally, he introduces us to the love of his life, The woman who would become his wife, Desiree. Roberts navigates us through how two different paths: his finance journey in Abu Dhabu and how Desiree excelled in the MD/Ph.D program at Mt. Sinai of New York City. These two paths eventually formed into one cohesive trail. That’s when the couple was hit with some of the most difficult news a married couple can endure. That news, and the aftereffects led Robert down a path of rediscovery and purpose.

Connect with Robert via www.robertpardi.com

Possibility in Action: A Journey to an Intentional Life (https://amzn.to/3NOwriE)

Chasing Life: The Remarkable Story of Love, Joy and Achievement Against All Odds (https://amzn.to/3NKIY6p)

This show's episode is brought to you by SuccessDraft.com where we help turn your dreams into drafted plans.

All episodes are available at http://www.thewartimeleadershippodcast.com and http://www.wartime-leadership.com Be sure to rate and review each episode.

A special thanks to the second half of the show's talent, the show's producer G. Fraser from www.369sounddesign.com.