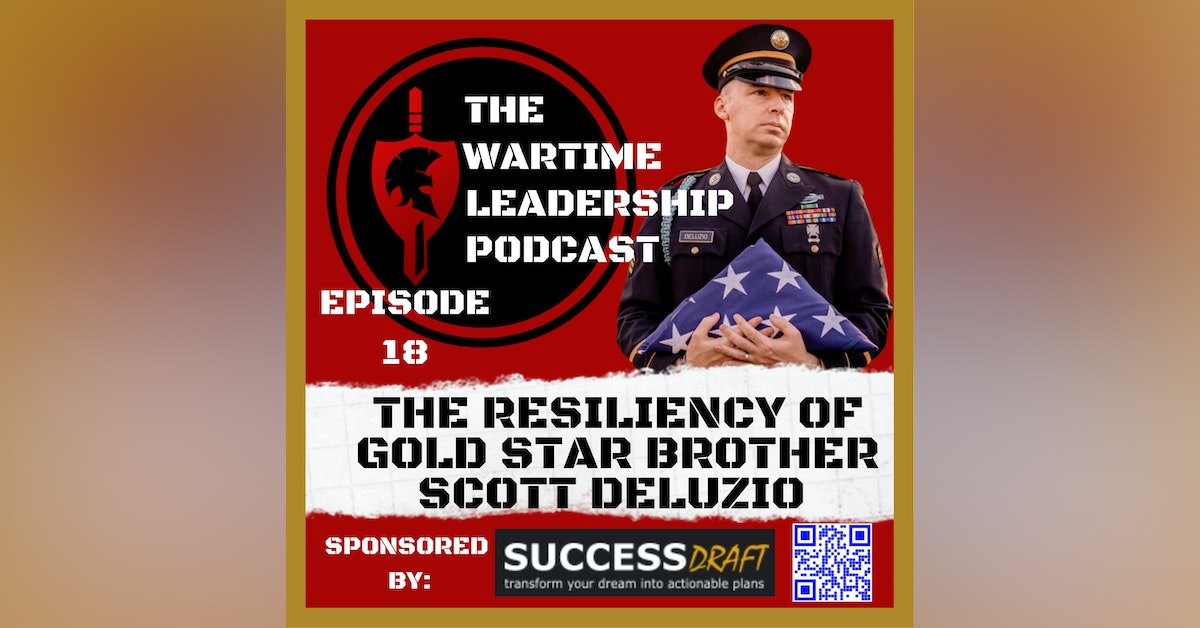 Scott is an Army infantry veteran who served in Afghanistan in 2010 at the same time as his younger brother, Steven…who was killed in action just miles away. Although his company hadn’t lost a single soldier in battle, upon returning home he started losing soldiers, team members, and friends to the battle within…suicide. His mission became clear. Connect Soldiers, Sailors, Marines, Airmen and Guardians with the sources they need to battle the war within. This is the reason, and mission, behind his podcast ‘Drive On with Scott Deluzio. Drive on is when someone is facing an impossible task in front of them and they choose to push through the suck to overcome what is in front of them. The same idea is in front of the veterans and they must drive on through the suck. Drive On talks about the challenges soldiers face when coming back home: reacquainting with loved ones, finding a purpose outside the military, and the struggles that come with it all.

During this episode, Scott walks us through his definition of Spiritual Resilience and how it helped navigate the tragic loss of his brother. From the battlefield to the journey of healing he has struggled along since returning home Scott has crafted a beautiful story about the most terrible moments of his life. His book is called ‘Surviving Son: An Afghanistan War Veteran Reveals His Nightmare of Becoming A Gold Star Brother’. Steven’s legacy lives on with the family and in the podcast Scott produces each week. The mission is to save another 1 without ceasing.

Pick up Surviving Son on Amazon or an autographed version at Home - Surviving Son (survivingsonbook.com). Tune in each week for Drive On located on all major podcast apps and at Drive On Podcast with Scott DeLuzio (https://driveonpodcast.com/)

This show's episode is brought to you by SuccessDraft.com where we help turn your dreams into drafted plans.

All episodes are available at http://www.thewartimeleadershippodcast.com and http://www.wartime-leadership.com Be sure to rate and review each episode.

A special thanks to the second half of the show's talent, the show's producer G. Fraser from www.369sounddesign.com.